Building on Roger's report:
After clearing a lot of snow, then prepping and waxing 6 pairs of skis, the itch to ski got the better of me after lunch. The roads from NW Calgary out to Bragg were in fair winter condition, calling for alert but not horribly slow or slippery driving. After looping West Crystal and most of it's variants, I continued out on Moose Connector-Mountain Road-Mountain View-Loggers-Sundog East Crystal for a most enjoyable first ski of the season. At first-most of the trails were sno-mo packed only-a bit rugged at times, but as I progressed along my route I caught up with the roller packing, and then the grooming crew with me, making for even better skiing. With skis unscathed despite some visible rocks (toss them off if you can) and thin spots, and a generally smooth soft packed base after rolling- I would rate it as fair to good EARLY season conditions. 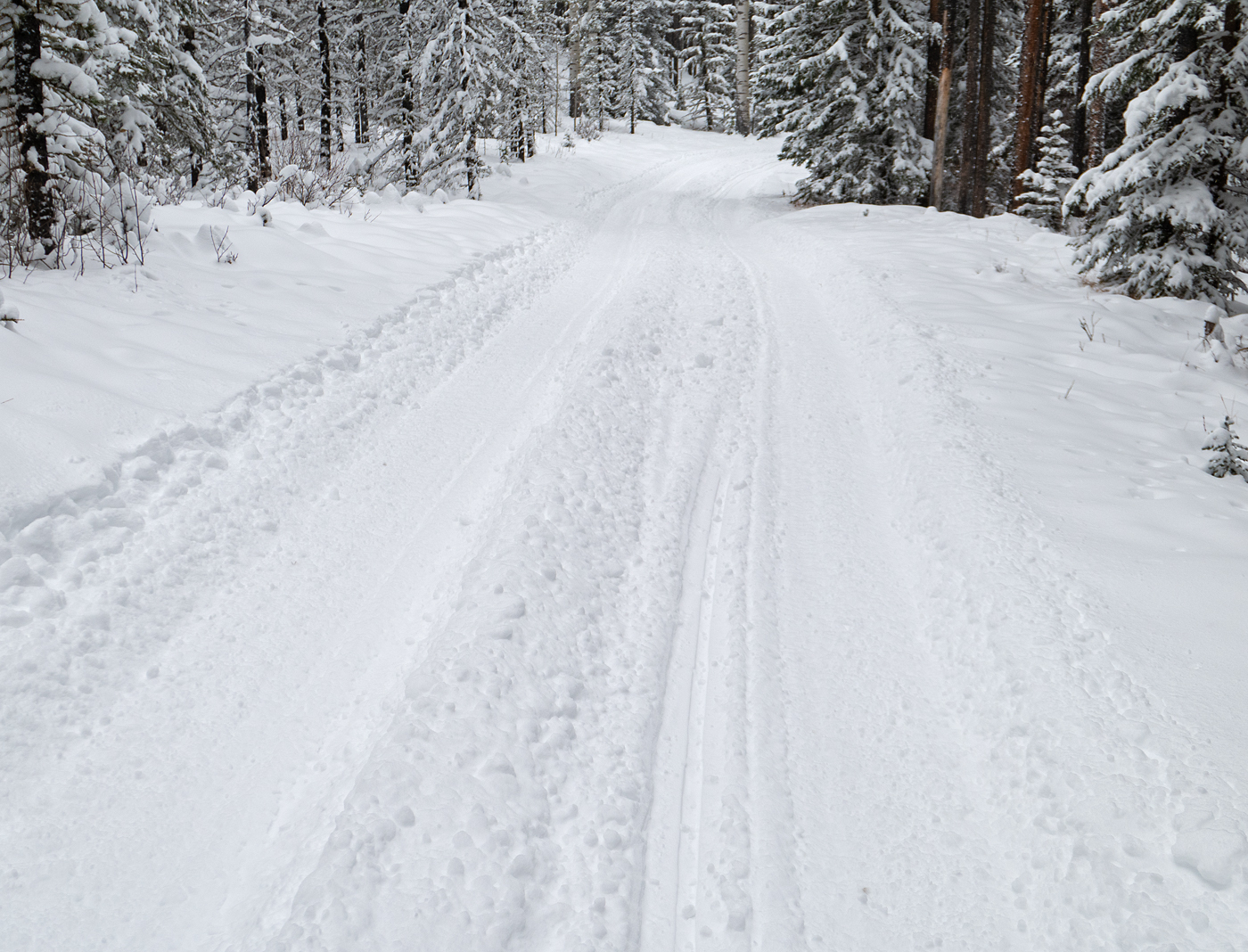 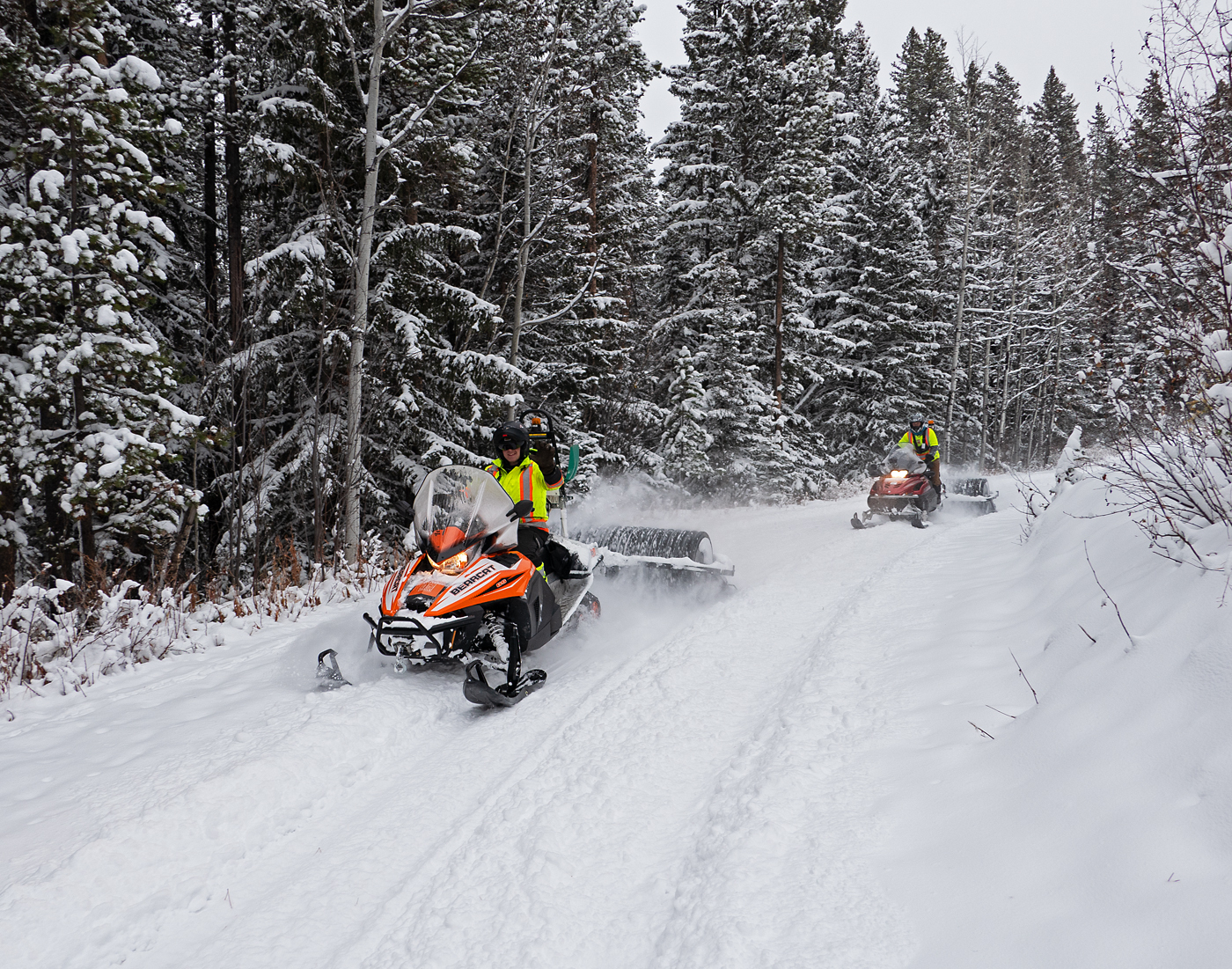 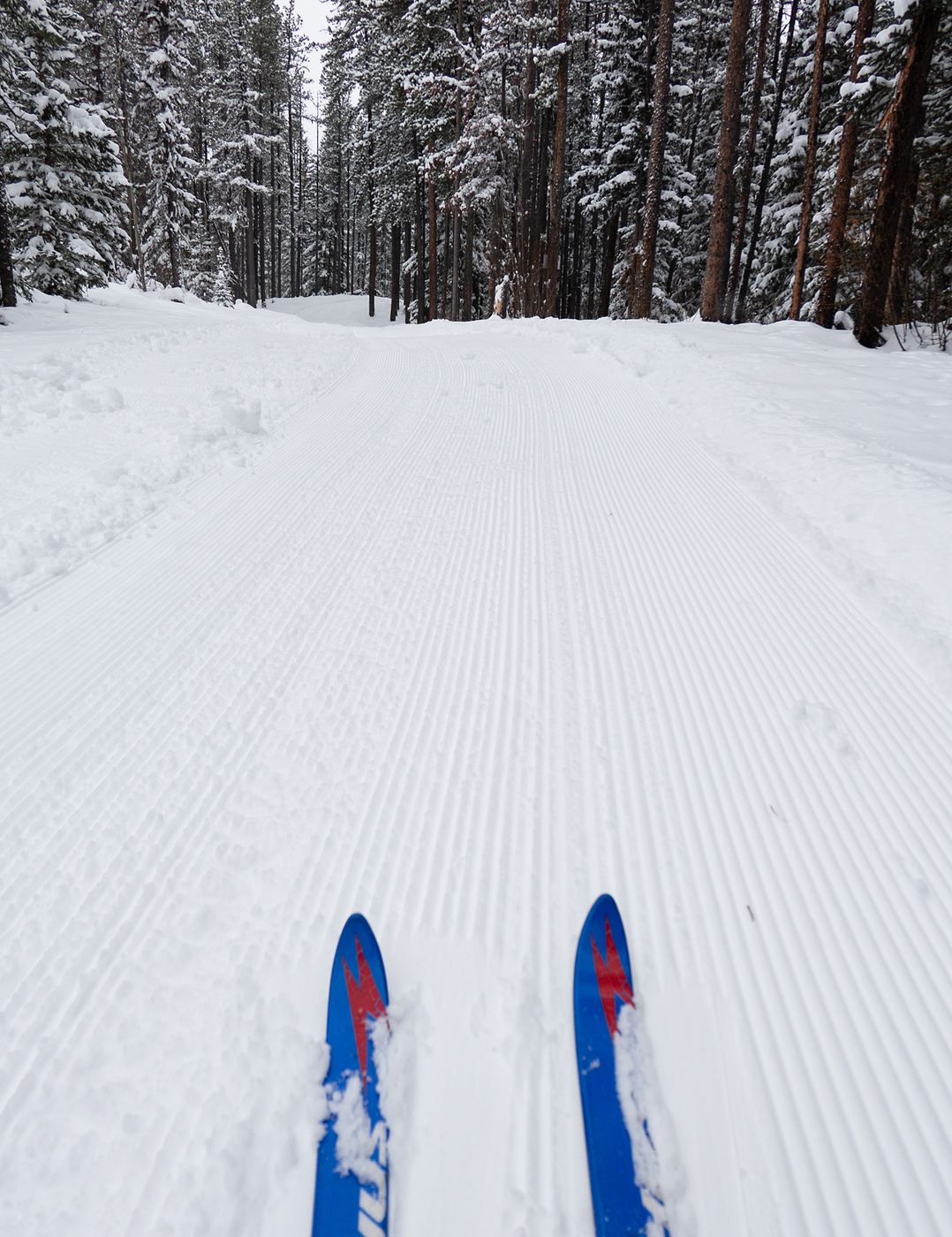 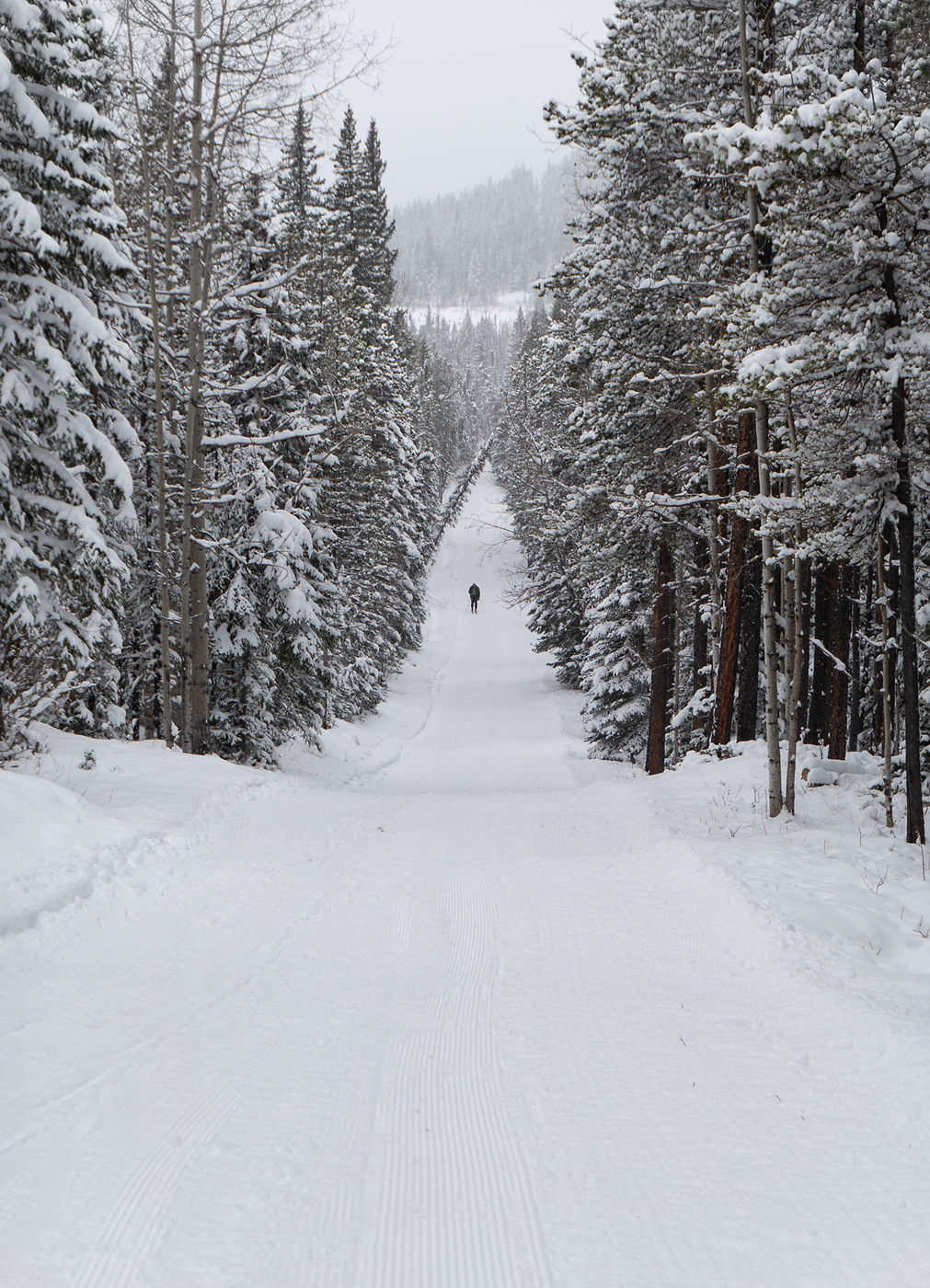 West Bragg Creek: Nothing but White

I arrived this morning to a beautifully plowed parking lot. There were only a few other vehicles and the temperature was a comfortable -7.

I decided it was time to wear off some of my summer fat by breaking some trail. I headed up Mountain Road towards Moose Loop. The snow was plentiful but light, making my work quite easy. Swix, Blue V40 wax worked great today with no slippage or clumping.

I only ran into one other skier. I expect tomorrow will be different…

As I returned towards West Crystal via Moose Connector, I ran into Groomers Seth and Mark. They were in phase 1 of their grooming work. Seth explained that they would soon move to the next phase (roll-pack) and may even set some trail before tomorrow.

It’s going to be great year! 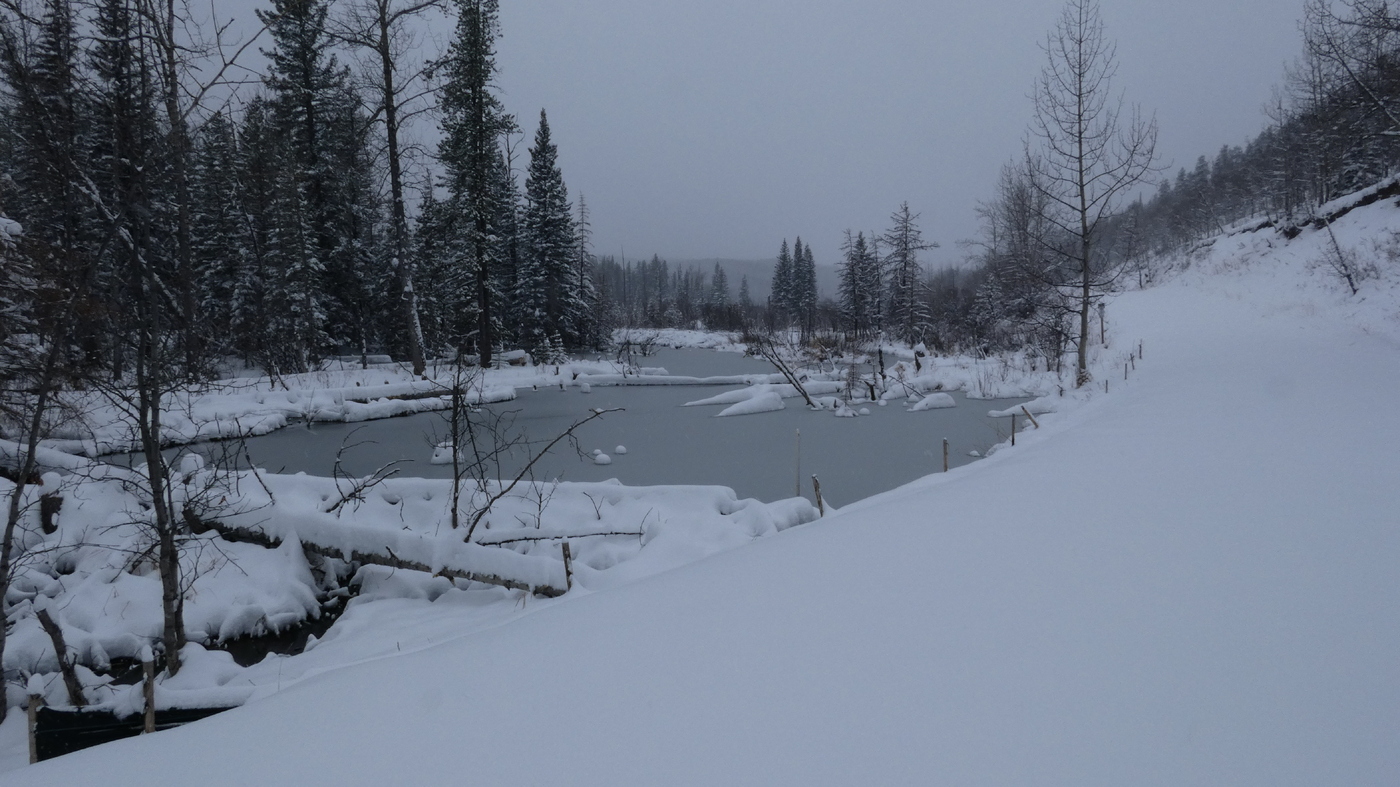 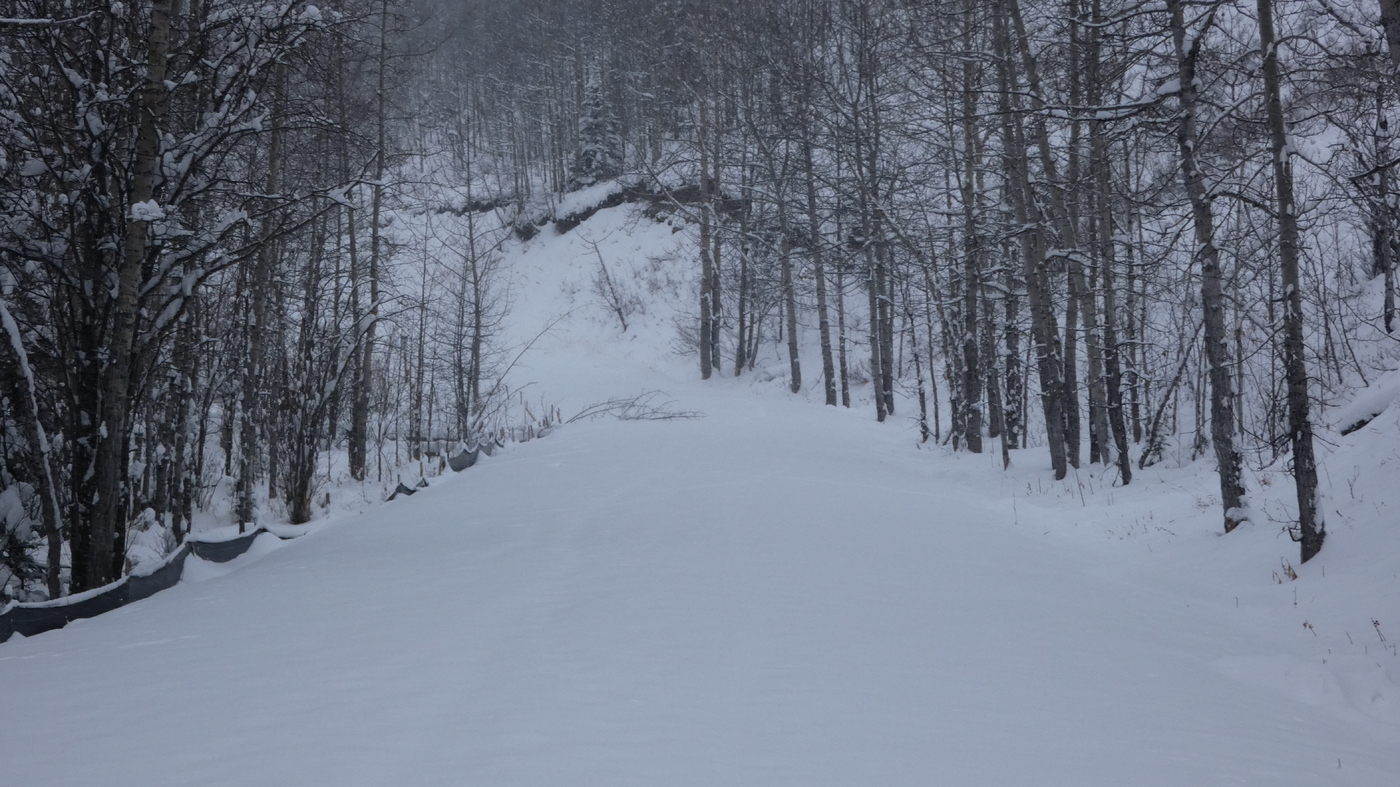 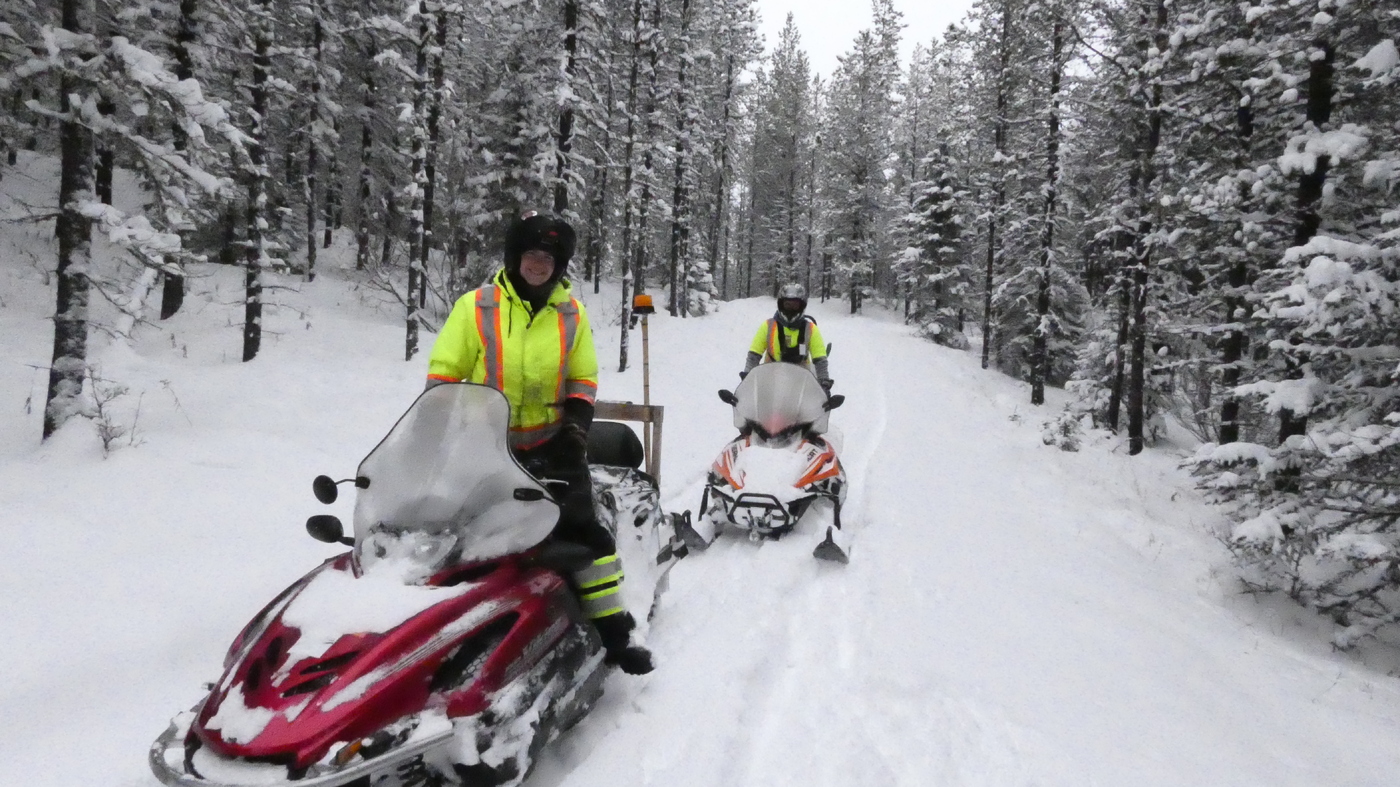 Groomers Seth and Mark were in a great mood. You can understand why: they get paid to ride Ski-Doo's 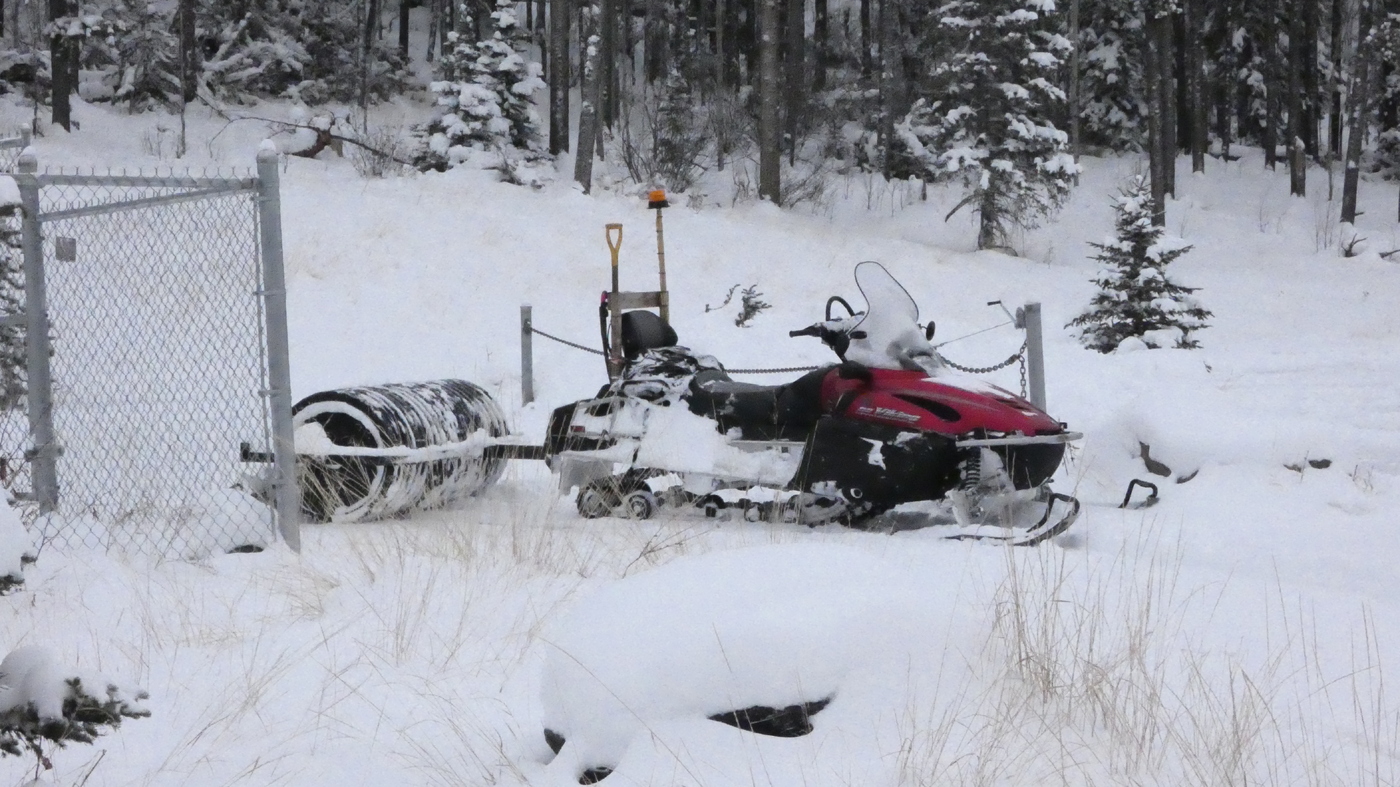