Bob - Congrats on getting around the 6-photo limit!

The Kananaskis Village - Bill Milne - Wedge Pond area received around 4 cm of snow from the recent storm. I ran into tracksetter Alex as he was finishing rolling the Bill Milne trail. There is still not enough snow to bring out the big snowcat.

The triangle consists of Evan-Thomas, Wedge Connector, and Bill Milne which were all rolled today. It's always nice to ski Evan-Thomas before too many hikers abuse it. Even so, as you'll see in the photos, there were many footprints already on the trail. It will be a mess by noon tomorrow.

The loop is 7K but you can continue on Bill Milne for another 7K(14K return) if you so desire. The air temperature was -10 and the snow was -8. Blue wax worked perfectly.

As for hazards, there was only one embedded rock on Evan-Thomas which was easy to see. The packed snow on Wedge and Evan-Thomas is uneven with ruts and snowmobile tracks but was of little concern. Bill Milne, being on pavement, was smoother.

There was a deep dipsy-doodle on Wedge which I stopped and levelled out with my handy-dandy shovel. (It's a flat plastic lid from a tote box that fits nicely in my backpack which weighs nothing and takes up no room). The dip is at the bottom of a hill where you can gather some velocity. I hit it at speed a few years back and went flying.

For those who haven't done this loop, there is a 200-metre stretch between Evan-Thomas and Wedge where there is no grooming. You can still ski most of it, but I walk down the steep ramp which goes down to the creek. The creek is frozen and was safe to cross. 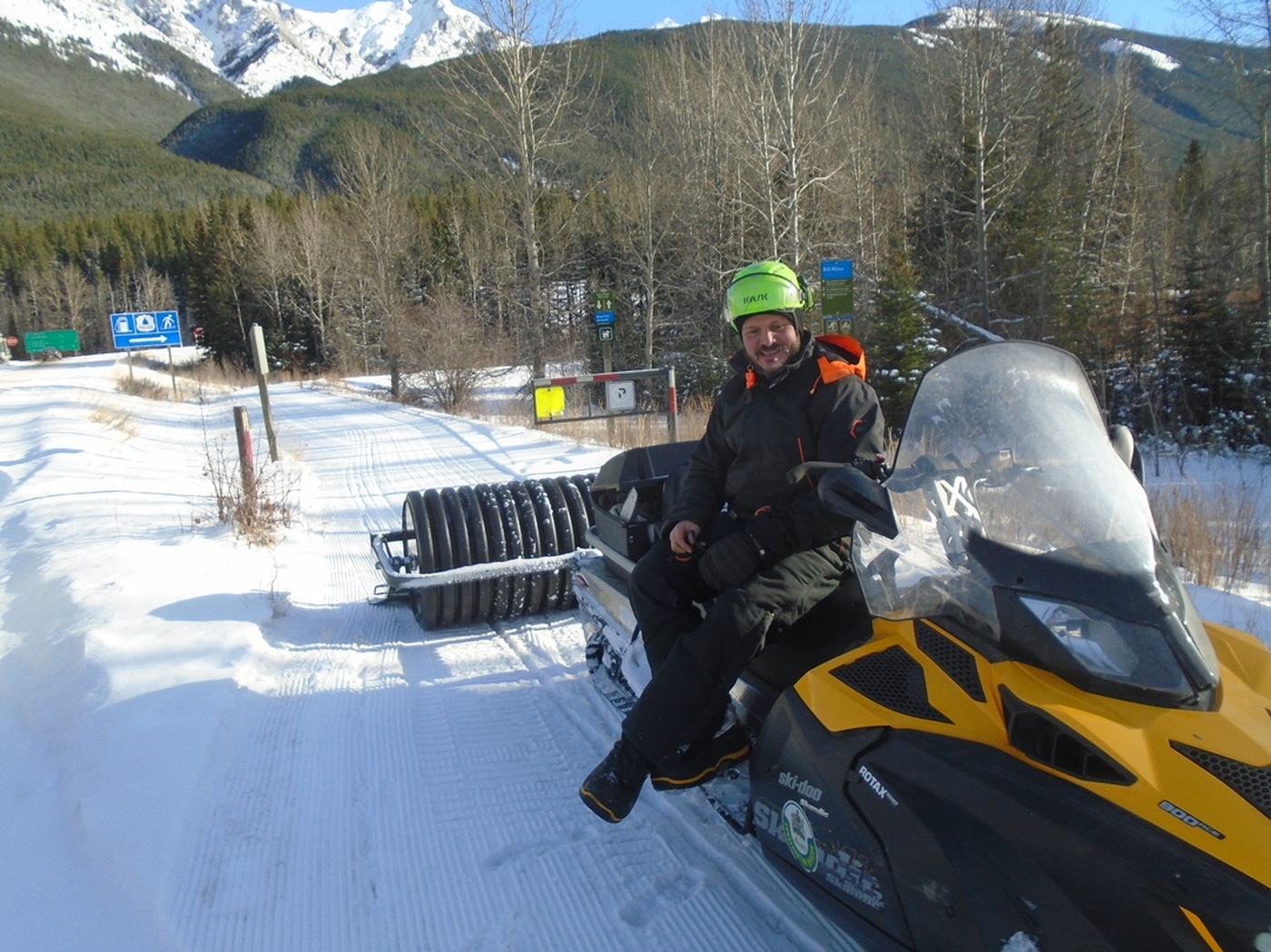 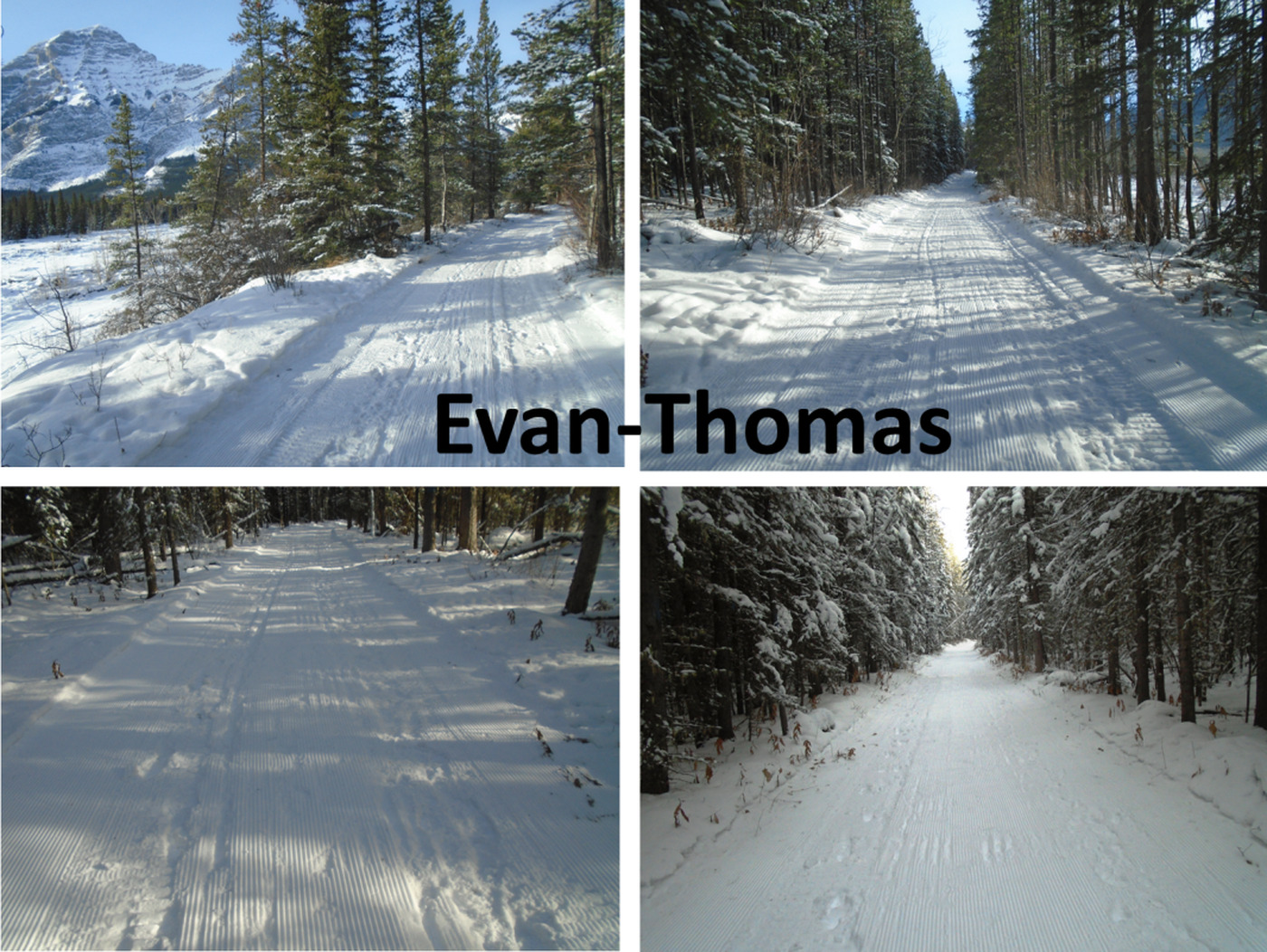 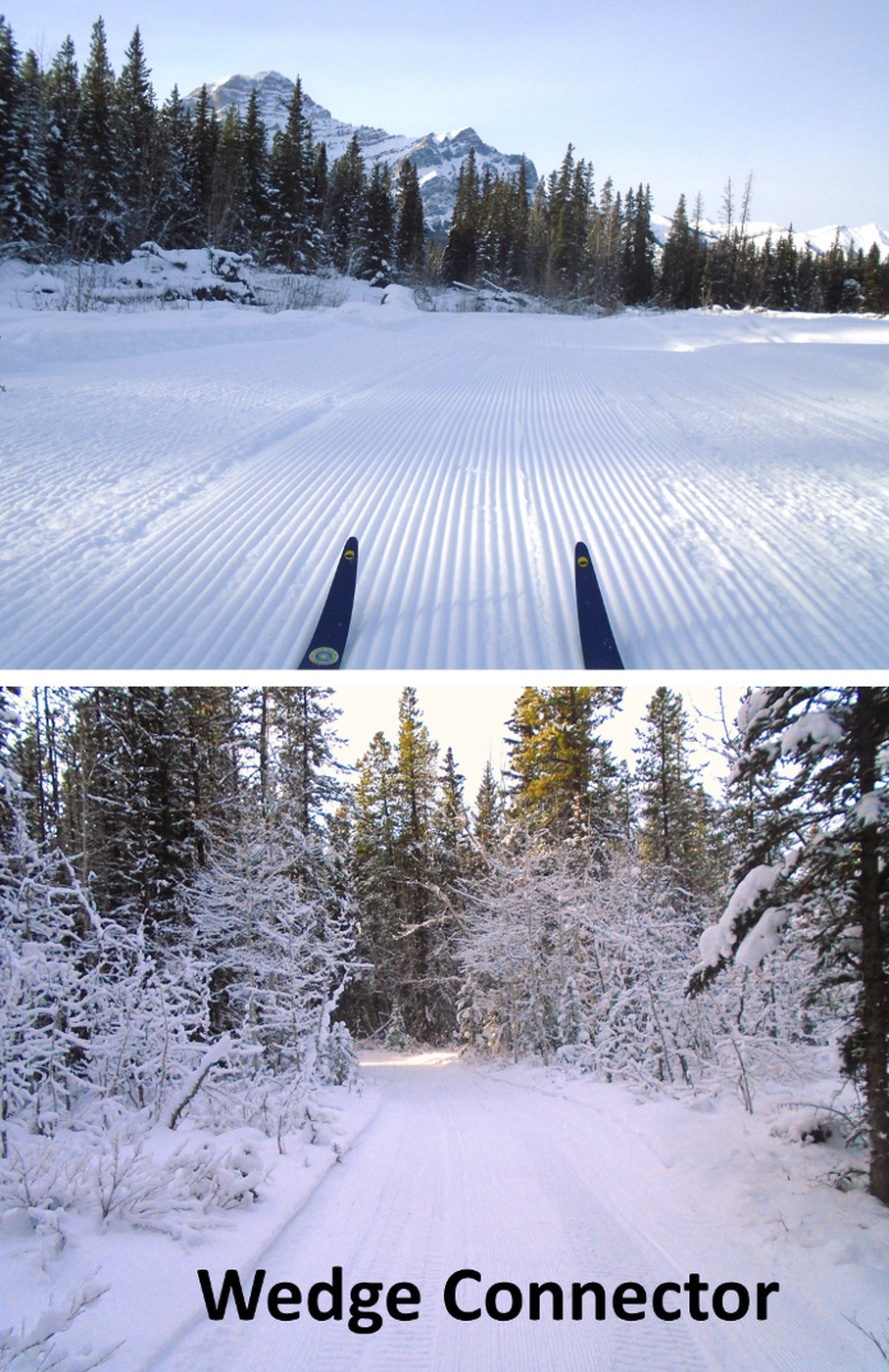 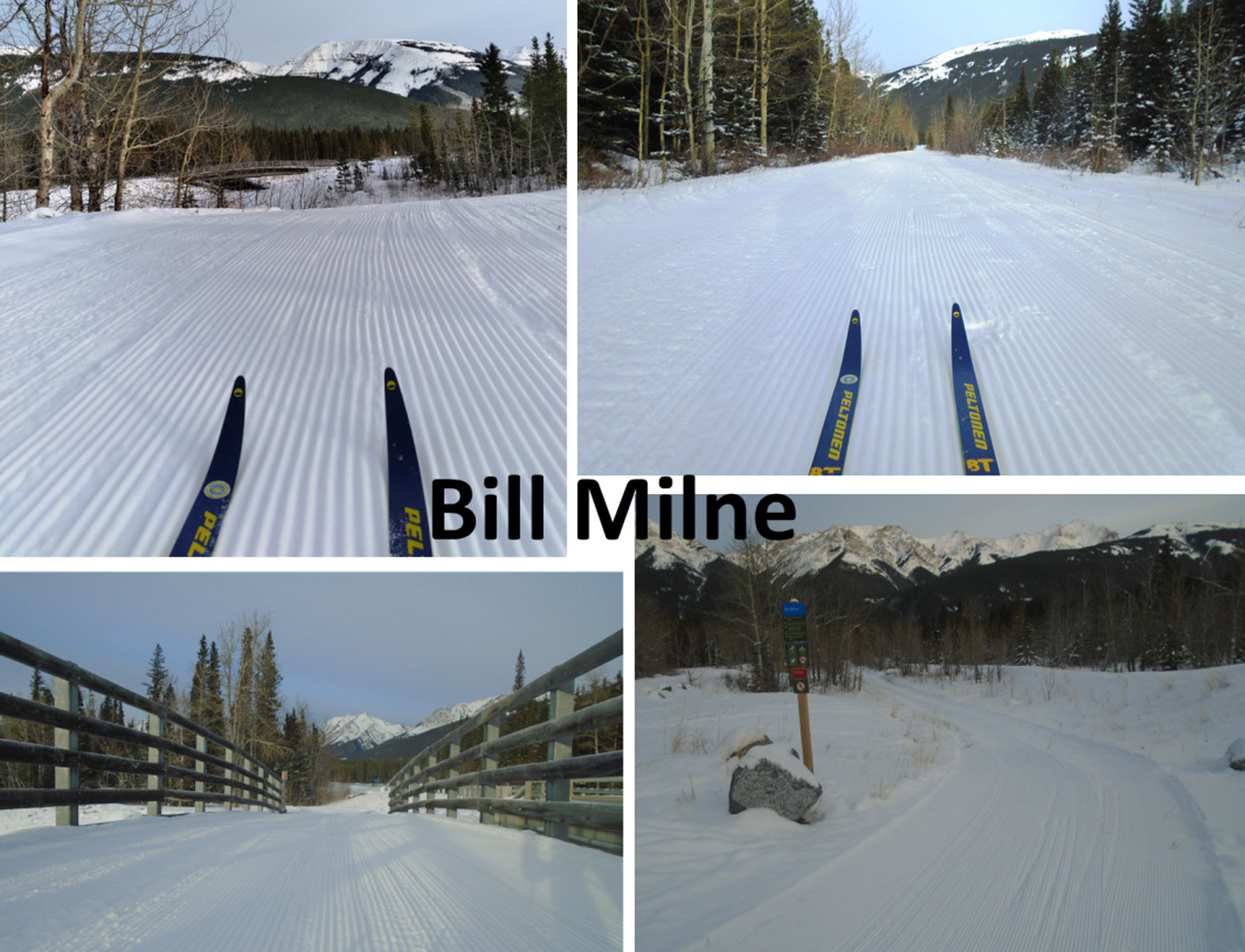 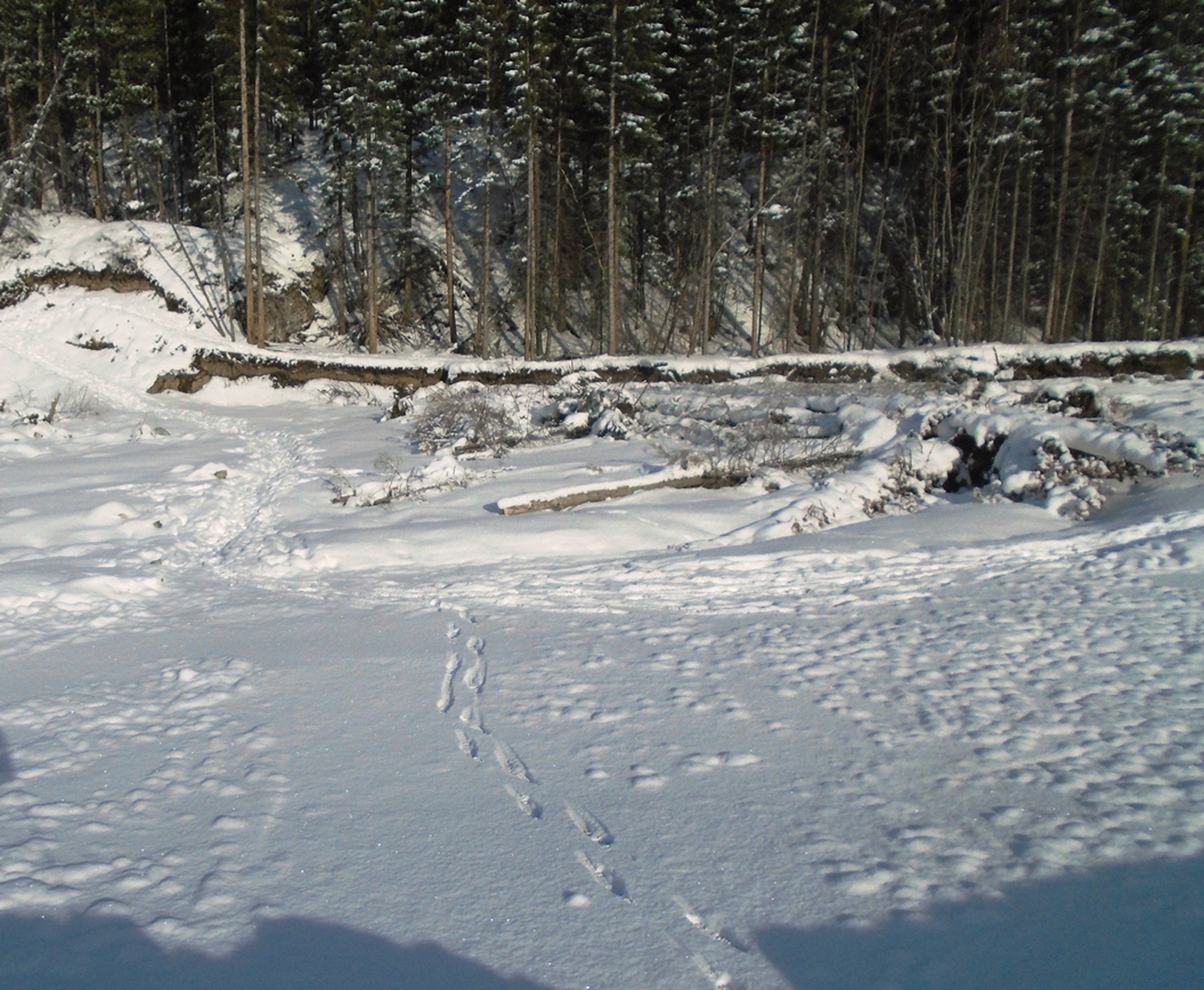