The picture of the glove on the ground reminded me of a story an old friend told me out in the Kootenays.

His wife was a young ranger up in Kokanee Glacier Park where one of the brothers of Justin Trudeau, an avalanche victim, rests in peace at a bottom of a lake. His wife was involved in another avalanche body recovery that took out a rather large number of skiers back in the last century. She had never been trained for or involved in recovering bodies from an avalanche before. Apparently the skiers were pushed by the snow over a rock bed. Limbs were torn off bodies and faces were basically shredded from the rocks. Apparently there were many broken bones in the bodies as well. She quit her job shortly after that avalanche rescue experience and lives in the bush with her husband who was a former room mate of mine. The story really blew me away as she was a nice lady and she had a dream job. The glove picture you took, Roger, in your report brought my mind back to that story. It was one of the many avalanche lessons I have learned over the years.

I faced nearly the same fate of those avalanche victims at Nakiska ski area downhill skiing some many years ago. I decided to head to the back bowl from the top chair. I got off the chair and, as a self trained "quasi" avalanche expert, I viewed the slope that I was going to cross. There were lots of bomb blasts and avalanche patrol control zig zag switchbacks everywhere on the slope except a small section of slope under a group of small trees past the old race poma. That concerned me at first as I knew they missed that slope section and that there was some deadly avalanche risk. I decided to proceed thinking that the snow was likely potentially safe. As I crossed the slope under the trees, I heard that classic sound effect of "an explosive charge going off on the other side of a ridge in the distance sound" (which is the sound of a avalanche fracture within the slab snowpack that I have heard often). My mind subconscious took control of my body in probably 1/1000 of a second and without thinking on what to do, I did a jet turn on the tails of my Rossignol slalom racing downhill skis and flew out the way I basically came. When I got to a safe spot I turned around and an avalanche came down, across big windblown rocks and out across the green run cat track. Big chunks of ice the size of small cars like mine stopped on the green run. It blew my mind away as there was a few meters of fracture line depth and someone could have been killed other than me.

I skied down to the lift and told the lifty. He told me the avalanche patrol was up top to the left of the chair. I went up the chair and met up with them and told them what happened. We traversed over to look at the avalanche debris and they were absolutely shocked that it happened and that I survived and knew what to do. I was invited after the lifts closed by the avalanche patrol to do avalanche control work up there. I appreciated that as I do enjoy explosives going off. I love that sound of bomb bomb bomb as Johnny Hooker sings.

Everything "expert" skiers have told me or argued with me over the years about "ice bridging" did not apply in this situation. The deep icy snowpack deeper down snapped on a layer of faceted snow only a few millimeters thick.

It is always best to think independently and judge things for your own safety when skiing through avalanche terrain. I first stared training myself about avalanches in 1974 after skiing Paradise Bowl at Lake Louise before there was a chairlift there. I made numerous traversing runs there from Ptarmigan Chair by myself one day, and when I came back for another run the bowl snow was gone- in an avalanche. Right then and there I taught myself about layers in the snow and what layer the avalanche slide on. It was "sugar snow". I used to also cause lots of small avalanches along the slopes of the Glenmore Reservoir in Calgary in order to study the snow layers.

Now that I can't hear as well as when I was young, I do not go into serious avalanche terrain because I would likely be unable to hear that sound of the initial avalanche fracture that sounds like "an explosive on the other side of a ridge in the distance"- effect sound that is common with many slab avalanches. I know of no other way to describe that sound. All that I know is hearing that sound has educated me and kept me alive over the years in order to ski another great day in the Canadian Rockies.

Please note that I have only heard that "explosive over the ridge sound- kind of in the distance" sound effect with snowpacks with slabs. Various avalanches make various sounds. Some will not make noise when they first fracture- at least from my experience. Some avalanches can sound like snow crystals blowing in the wind over a crusty snowpack. There are various other sounds as well. Beware and educated before travelling in avalanche country.

Also, in some cases I will feel the snow drop a couple of centimeters below my skis or snowmobile. That is the sign of an avalanche fracture when you are on a slope of 20% or more. This also occurs on flat or low slopes.

I do love starting avalanches. Ski cutting at the top of slopes is a good idea before skiing the steep and deep along with doing other tests. You really have to know what you are doing when ski cutting and where to escape and avalanche.

If you want to hear more, let me know when you crash into me out skiing- day or night.

I was delighted to receive a groomers update from Berke McClintock, Resort Activities Manager of Fairmont Chateau Lake Louise:

Fairview Loop (#2): Sled packed, and skier set, Dec. 7. Poor condition with rocks and stumps lingering just under the snow and in a lot of cases above it. We cannot drag equipment safely until more snow covers the hazards. It is skiable but a fall wouldn’t be fun, and your skis might take some damage. Use caution.

Shoreline (#4): Double trackset, Dec. 9. Fair condition, like the Fairview there are A LOT of rocks just under the snowpack that our equipment was constantly hitting. The drainage located 400m from the North entrance (Chateau side) is rough and covered in branches to allow snow to accumulate instead of melt, go slow or walk here. Your skis will take some damage if you are not careful.

Upper Telemark and Peyto Trails (#5&#7): Skier set, poor condition. We will start working on it this weekend, but it is expected to be as rough as the Fairview.


Notes:
Trails with heavy forest cover have very little snow (see photo) and will need at least 15cm+ of snow to be trackset.

Anytime we get a new snow fall the weight of that snow forces the ice down enough for water to pool on top of it, regardless of the ice thickness (it's safe!). It will not freeze until it is exposed to cold air, so this will always be an ongoing issue and something to keep in mind anytime you cross a lake. 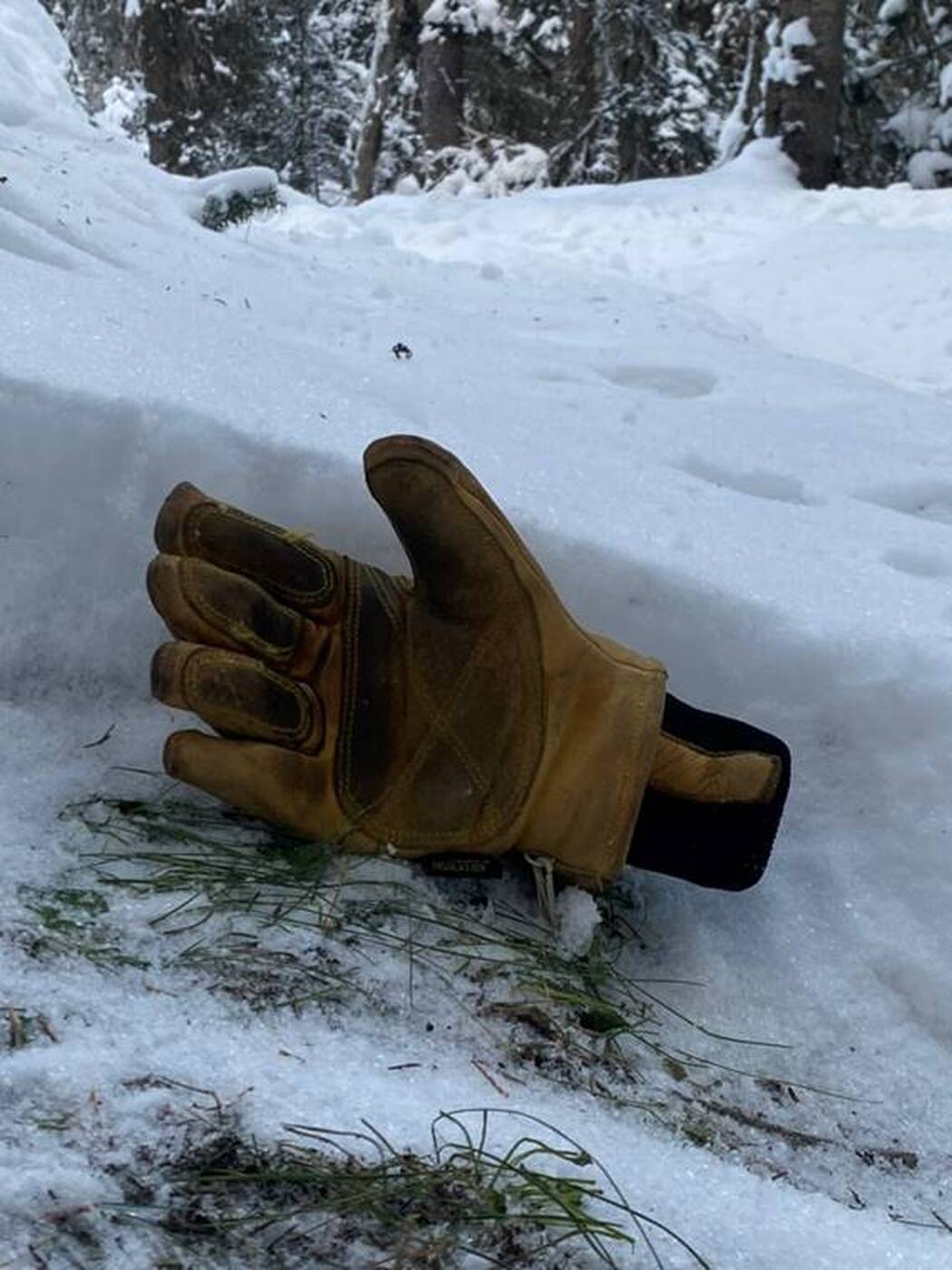 Photo from the Shoreline trail (#4), that has about 8cm of faceted snow under heavy forest cover. Be patient, snow will come!